written by Leon A Meyer

On November the 22nd in 2007, exactly 7 years ago, Mother Nature flexed her muscles to prove to the people of Plettenberg Bay just what she is capable of. What ensued was a natural disaster like few had ever witnessed. It all started a few days earlier when the heavens opened up and relentlessly poured its water contents down upon the Jewel of the Garden Route. Four days of solid, non-stop rain saturated the Keurbooms catchment area to the point where flooding was inevitable. Then at around 7pm that fateful Thursday evening, whilst patrons of the Lemon Grass Restaurant were enjoying a warm meal, beside an even warmer fire, pandemonium broke loose. 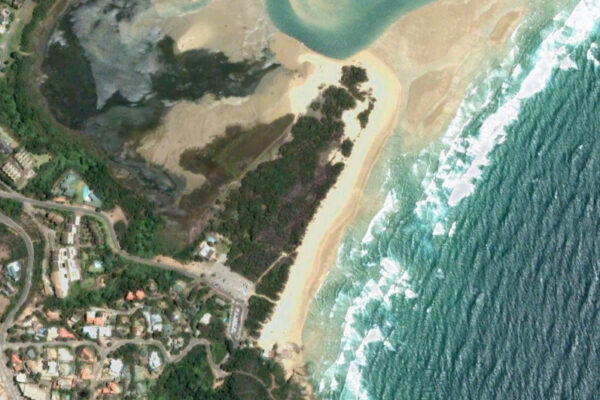 The chaos was triggered by a guest of the Milkwood Manor guesthouse who came frantically running into the adjoining restaurant shouting, “The river is at the swimming pool!”. Kees Groenendijk, the owner of the guesthouse for 14 years didn’t believe his ears. Diplomatically trying to calm the hysterical guest, thinking he’d had too much wine with his sweet-chilli prawns, it became all to clear to Kees that something was indeed transpiring that evoked fear and excitement in the restaurant’s patrons. 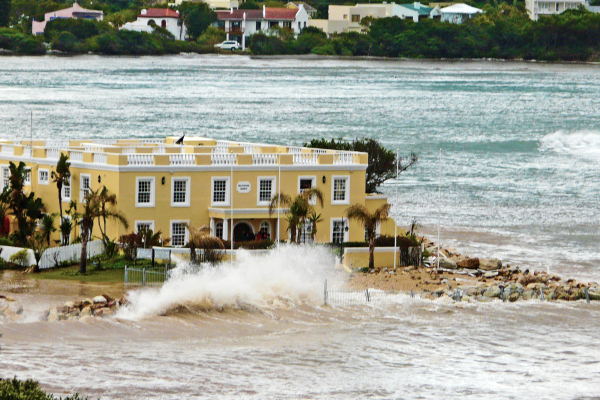 The river was in flood and further up Stanley Island was experiencing the brunt of the deluge which would prove too much for first its jetty and then later the entire brick-built restaurant and bar, washing it all effortlessly away down stream along with the boats that were moored along the Keurbooms River and lagoon.

Downriver at Milkwood Manor and Lemon Grass things seemed to be getting worse as an exceptionally high tide and rough seas were threatening from an altogether different direction. By now the river had come down so hard that it eventually eliminated 660 square meters of Port Jackson forest and beach, even dislodging the swimming pool and breaking it unceremoniously in half. The ablution facilities next to the Lookout Deck Restaurant were also uprooted and slowly sinking into the ocean. The sea itself was a cauldron of brown water and tree stumps, occasionally swallowing a small boat, defying the direction of the flooding river. 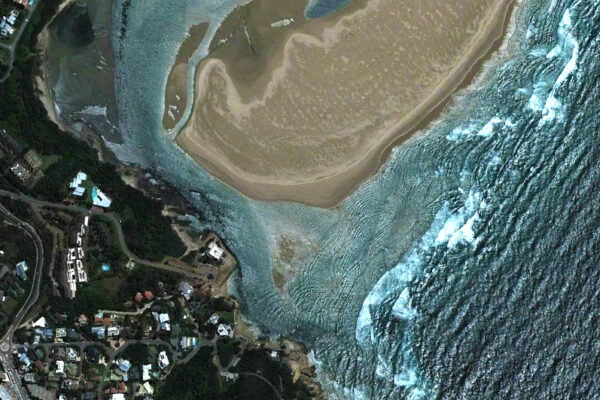 The Lookout Beach was gone, seemingly on its way to Australia, and evacuation and rescue procedures were implemented as it seemed that the property with its Georgian Manor would follow suit. All but two guests (who would sleep through the whole ordeal) were evacuated from Milkwood Manor and relocated to alternative accommodation establishments. Higher up the river, residents of the Silver Ranch Estate were airlifted to safety by the Sea Rescue helicopter. In the black of night business owners and Plett residents anxiously awaited daylight by which to assess the damage caused by the worst flood since 1913.

By sunrise the extent of the damage was clear. A large brown stain defamed the still rough sea that was eating away large chunks of the Lookout parking-lots. The beach was replaced with a raging river mouth and debris was strewn far and wide. Many boats were lost. The two guests that slept through the night awoke to find the ocean at the front door of a desolate Milkwood Manor, only relieved later to see Kees returning.

In the months following the flood restoration projects saw Milkwood Manor placing some 5200 tonnes of boulder rock, some weighing up to 15 tonnes, around the now diminished property and municipal parking areas prohibiting the sea from claiming more land. Overnight the Manor had become ocean-front property and now boasted a river mouth and ocean at the front door. The Lemon Grass Restaurant was redesigned and installed glass walls to let the new sea views in.

Later in August of 2012 another, albeit much smaller flood broke through the Keurbooms Beach opening another river mouth further East from the established estuary. It took approximately 6 months for the mouth to close at Milkwood Manor, and within one year’s time the Lookout Beach was replaced. October 8th 2014 saw the now golden stretch of Lookout Beach gain Blue Flag status once again bringing the total of such acclaimed beaches in Plettenberg Bay to 5, alongside Robberg Beach, Robberg 5, Keurbooms Beach and Nature’s Valley’s Beach, but none of these other beaches have a story to tell as great as Lookout’s. The Knysna seahorse has also recently been rediscovered in the estuary since it was thought that the floods of 2007 and 2012 completely eradicated it. The lagoon has returned to calm and a flock of flamingos now call it a temporary home. How much longer till we see Mother Nature throwing another tantrum? We can only wonder, as we remember the last time her mood was not too friendly.

Posted in Milkwood Manor on Sea