The Keurboom and the Bitou Bush

Yellow and purple has always been my favourite colour combination, and since spring has sprung in the Garden Route wherever you look these two colours have turned our surroundings into a boquet of glee…

We all know well that the Keurbooms River and the Bitou River have derived their names from these blossoming bushes bordering the banks of the rivers but what more can  we discover…..Let’s see…. 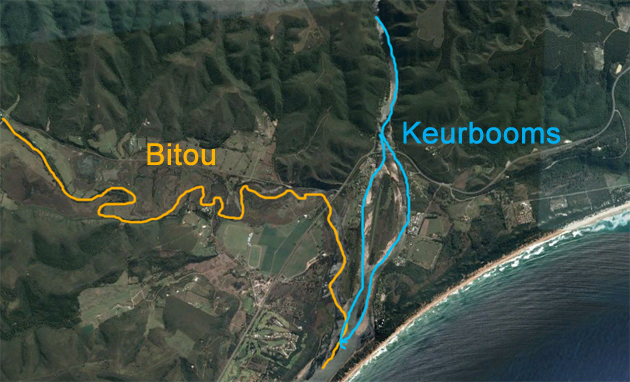 Chrysanthemoides monilifera (subspecies of which are known as Boneseed and Bitou Bush in Australasia,or Bietou, Tick Berry, Bosluisbessie, or Weskusbietou in South Africa)is an evergreen flowering shrub with glossy round leaves in the Asteraceae (daisy) family. It is native to South Africa, such as the Cape Flats Dune Strandveld habitat.

The plant has become a major environmental weed and invasive species in Australia and New Zealand.

Virgilia is a genus of Southern African trees in the family Fabaceae, having shiny to hairy pinnate leaves and attractive mauve to pink pea-shaped flowers followed by leathery pods. They are valued as useful ornamental trees by gardeners, particularly the well-known species Virgilia divaricata (‘Tree in a Hurry’, ‘Cape Lilac’, ‘Blossom Tree’) and Virgilia oroboides (‘Pink Blossom Tree’), despite having a comparatively short life (15 years). They prefer well drained soils; some will then grow 2m in the first season. They will tolerate wind and have dense foliage growing close to the ground, so they are useful as pioneer species for privacy and wind protection. The common name in South Africa (in Afrikaans) is keurboom, meaning ‘choice tree’. 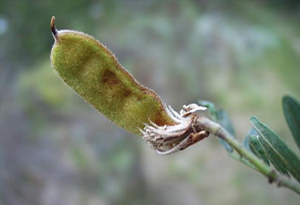 The flowers of this species are rich in nectar and attract many insects and birds, such as sunbirds, carpenter bees, honey bees and ants. Also, many birds such as doves and white-eyes nest in them. In the forest, the large handsome ghost moth, Leto venus, lays its eggs at the foot of the keurboom so that the hatching caterpillars can bore into the wood. The blue butterfly, known as the Lucerne Blue, Lampides boeticus, breeds on lucerne and on keurboom trees.

So there you have it. At least when Spring comes and goes, and these delightful shrubs and bushes lose their flamboyant colour displays, we still have the two rivers that remind us of new beginnings and delicious vibrancy awaiting us the next time that the sun climes out of its winter slumber.