The ever vibrant Chris and Jenny Axelson set out on their exiting journey as man and wife together exactly one year ago, and this is where it all started…

Although their wedding ceremony was held at the beautiful Anglican Church in the centre of Plettenberg Bay, the lavish reception festivities were enjoyed at Lemon Grass Seaside Restaurant, whilst Milkwood Manor played host to the party by offering the accommodation to the lovely couple and their guests. And today they have returned to celebrate again, this time, their one year wedding anniversary.

On the night of her wedding celebration Jenny looked like a movie star, the beautiful bride gracing the dance-floor with her spectacular dress and beautiful figure. Her doting husband, all the time grinning from ear to ear, equally dapper in his black tuxedo.  The feast carried on well in to the wee hours of the following morning after which each of the remaining guests simply climbed a small flight of stairs to their comfortable beds. 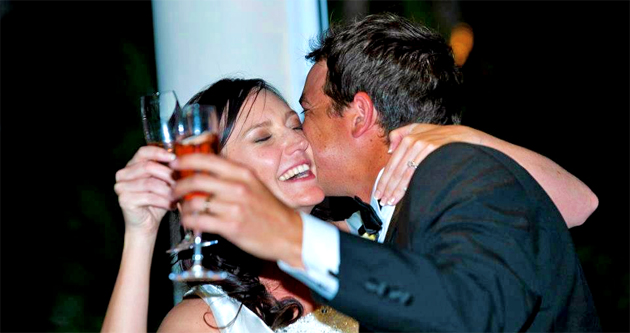 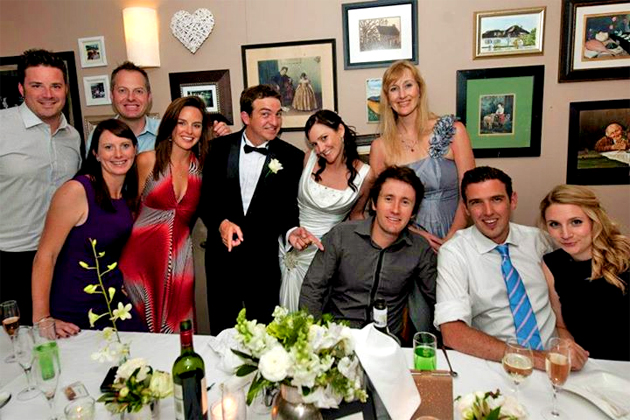 It was a tremendous pleasure and honour for us to have Jenny and Chris back, a year after their beautiful wedding. We hope that they have a long, long life together and that they would return again to Milkwood Manor and Lemon Grass Restaurant, in celebration of their love for each other, for many more years to come.

Here is what Jenny had to say:

Our wedding on 29 September 2012 at Lemon Grass and Milkwood Manor was one of the most spectacular days of our lives. Nonie, Erich and team pulled the entire event together and it was flawless! One year later and we are back at Milkwood Manor to celebrate our anniversary – We have once again been blown away by the overwhelming generosity of everyone at MM. From champagne dinners, flowers and personal notes, we have been treated like family and rock stars at the same time! Milkwood Manor and Lemon Grass holds a very special place in our hearts. We will continue coming back to be reminded of these wonderful times. Thanks to Kees, Nonie, Erich and Team